We're on the other side! This is wild. A few more days and we should be getting a birthdate for this little man.
Posted by Jill at 4:38 PM No comments: Links to this post

I've been living in a nice denial bubble for the last week or so. My sister and nieces (and brother in law!) are here and we've been doing non-stop Holiday-ing since I got out of the hospital.  It's been awesome. 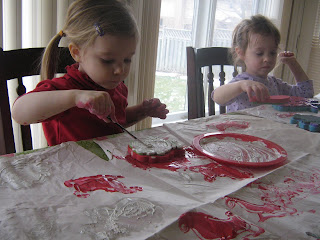 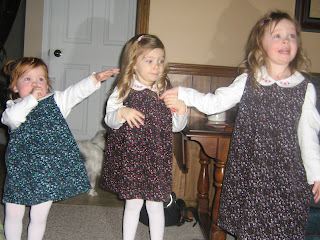 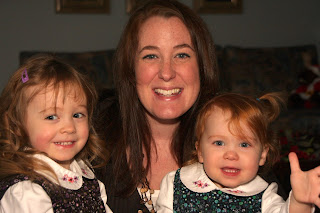 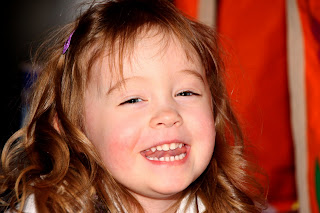 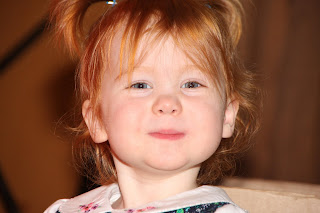 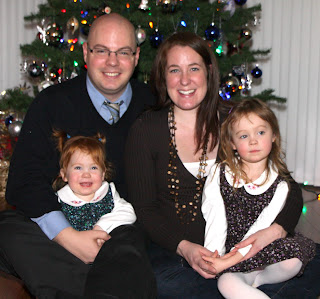 Posted by Jill at 4:24 PM No comments: Links to this post

I just saw the resident and he went over the results of the u/s yesterday. Everything was fine, there was no indication of abruptia or anything that indicated that I was in labour at all. He said they think it was one of those random blood pooling things like how you get water retention and vericose veins and stuff and it was pretty normal sounding. The little man is weighing in at the 90% percentile, right on track with where Rachel was at this time! What's with my chubby babies, eh? His head is still small, but yesterday the tech got a much better measurement and it's only 3-4 weeks behind, which is fine. There's clearly a lot of variation in u/s's though since he now weighs nearly a pound more in 4 days, but I like yesterdays report a lot better than Friday's and the tech was very excited about getting good shots, vs Friday's who admitted her angles were bad.

If the on call OB gives me the okay after reading the report then I can come home today.

My sister, brother in law and two nieces are coming home tonight. I haven't met my littlest niece yet and I'm aching to get out of here to see them!!
Posted by Jill at 4:10 PM No comments: Links to this post

Aw, Crap. In the Hospital!

Yesterday at work, I had sudden unexplained huge bleeding. Out of the blue, with no warning, no pain or cramping, just voila! Unfortunately I was out in Townsend and the nearest hospital is a hick town one in Simcoe that doesn't even have an OB on staff, or a nursery, nevermind a NICU. I was horrified and they seemed equally so when I mentioned that the baby has SB. They did a non-stress test (they listen to his heart and monitor contractions and I push a button whenever he moves) to see how he was doing. We did fine. They frantically called London and had me put in an ambulance for St. Joe's.


I got to St. Joe's without complication and they kept me for a few hours. More NST's, checks on me, an ultrasound to assess the placenta, the fluid, him, and all was fine. BUT they also figured I'm nearly 34 weeks and my body/he may be telling me he needs to come out for some reason they can't determine, so they shot me up with steroids for his lungs, put me on an IV, antibiotics and told me I couldn't eat or drink anything. I was having the most mild contractions you could ever imagine, so they shipped me off to LHSC which is where he needs to be born bc that's where his neurosurgeon is.

...Except his neurosurgeon is out of the country for most of December! And my OB was not working, so I was just praying that this passed. At about 3am they finally took me off all the monitors and decided we were calm and fine. This morning, they did another u/s and then took me off the IV and said I could eat (after 22 hours!). We had a more in depth u/s in the afternoon and they took me from the birthing centre to the antenatal unit (where new mom's and bed rest moms hang out). The last u/s showed nothing new.

What they think is that either I'm having minor placenta abruptia (?) where the placenta starts to separate from me. If that were major, he'd be here right now bc if he's not attached to me he's SOL, but minor is nothing they do anything about. Or, my body was kicking into labour mode. Also, nothing they can do anything about since it stopped.

So, here I am. Waiting for them to tell me I can go home again! I feel absolutely fine and have not been in any pain at all. He has rocked all his tests and has a gorgeous heart beat and has been moving like mad and showing all his breathing motions that mean he'd be alright if born. I'm on bed rest, but more of the take-it-easy kind than the don't-move-at-all kind. I'm hoping it was just a random scare and we'll cruise into January without any further drama!

On a positive note, I've gotten to see a lot of him lately. His nose is completely Jeff's/Cordelia's, he has chubby little cheeks and pouty lips and a nice fuzz of hair on his head. Still definitely a boy! We saw him move his legs around and I've certainly felt it. I also got a good look at his back today with some over-excited residents and the lesion was barely noticeable on u/s (I think they were disappointed, lol!).

Keep praying for us, and cross your fingers that I'm home tomorrow!
Posted by Jill at 4:04 PM No comments: Links to this post

We had another ultrasound and OB appointment today. He's measuring on track with everything except his head. It's small. This doesn't make sense to me and is freaking me out a little bit. My OB said it's not a good measurement, but she's obligated to tell me about it anyway. It's 5 weeks behind the rest of him. So now I'm trying not to google microcephaly or whatever this might mean. The forums say that the small head is common in utero. Going to start blocking this one out now since I really don't need anything else to worry about!

One more week of work to go. My replacement is starting on Monday and is going to shadow me all week. I'm getting so excited and nervous. Just this last week, then Christmas, then we're in the home stretch. Still no idea what date - they have to wait until the neuro gets back from her time off to coordinate. That means we won't know until January 4!
Posted by Jill at 4:15 PM No comments: Links to this post

Yeah, I'm back into life sucks mode. I was all happy with the MRI results, and then I realized HE HAS SPINA BIFIDA - there's no part of that that can be called 'good'. The fact that there is a defect just sucks ass, no matter how low it may be. And he's coming so soon. The surgeries are coming. It's scary! Anyway, I don't know, I'm fine 75% of the time, but it's back in my mind at all times again. Just everywhere I go something reminds me of it and I can't escape. I am also back to hating all pregnant women and new babies.

Jeff doesn't get why I'm sad all the time. He thinks I should just stop thinking about it. He honestly doesn't think about it! But, he's not living with it 24/7. Men just can never understand what it's like to have a giant scarlet P on your front. People comment on it all the time, he's moving all the time, I feel horrible all the time. There's no stopping the thinking! He has hiccups right now even.

I'm also doing avoiding things and I know it, but I can't stop. The SW emailed me with an email address for another mom. I've had it all week and can't send her an email. I have no idea what to say. I don't know what to ask! Suddenly, I want nothing to do with it. She asked me to call her too, and I haven't.

Anyway, tomorrow we have another u/s and appointment. Hopefully we'll pick a date for his birthday. And we'll find out if he's flipped. I thought he had, but these hiccups are at the top and the girls usually had them at the bottom. Maybe he flipped twice. They'll also look at his ventricles again.
Posted by Jill at 11:45 PM No comments: Links to this post

I took my mom to see SYTYCD Canada yesterday at the JLC with a couple of girlfriends for her birthday. So much fun. Nice to do something normal.
Posted by Jill at 11:42 PM No comments: Links to this post