I suppose I should start off with excuses about this blog being dead (oops). I don't have much. My laptop was dying a slow death and I have a new one now.

We had a few preliminary meetings with the school through the spring. I was feeling pretty confident right up until the week before school when I discovered that staff had been shuffled and Kingsley would be having new teachers we did not know, a new principal we had not met, a new ECE we didn't know and whether he'd have an EA in the classroom and how much and who it would be was all unknown also. And new secretaries who would not tell me anything.

I may have panicked.

Thankfully, the school VP stepped in and we were able to see the classroom, meet the teachers and get names for everyone else before the big day.

The Tuesday after Labour Day, I dropped Kingsley off for his first day of school. He was beyond excited. Like, angry-at-me-for-taking-so-many-stinkin-pictures excited. Begging-to-go-RIGHT-NOW excited. "See ya, Mom" and not-looking-back excited. He was just so ready for it. 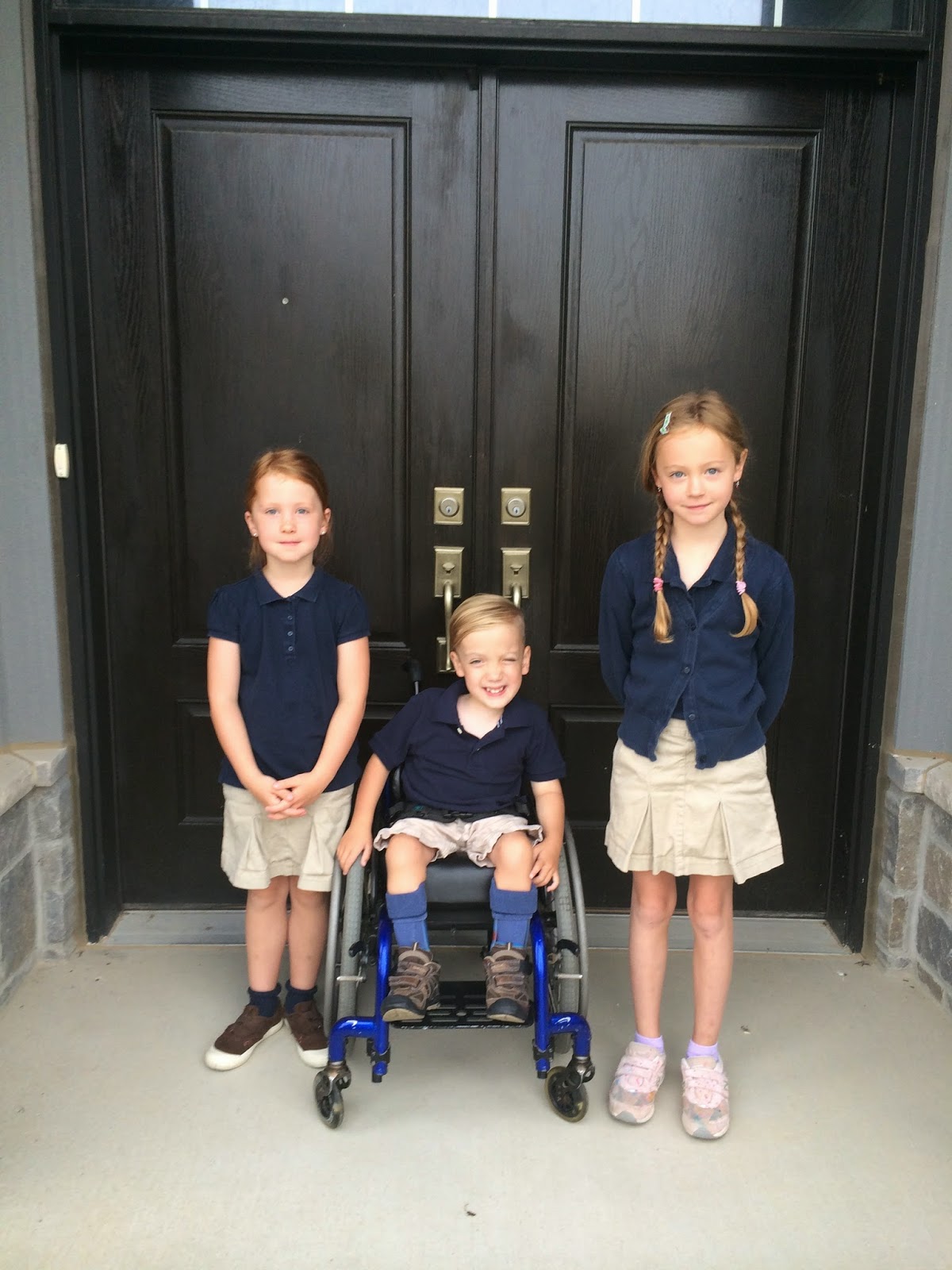 The girls also had great first days. They were more anxious about who their teachers were and who would be in their classes, whether they'd be with friends. It all worked out! 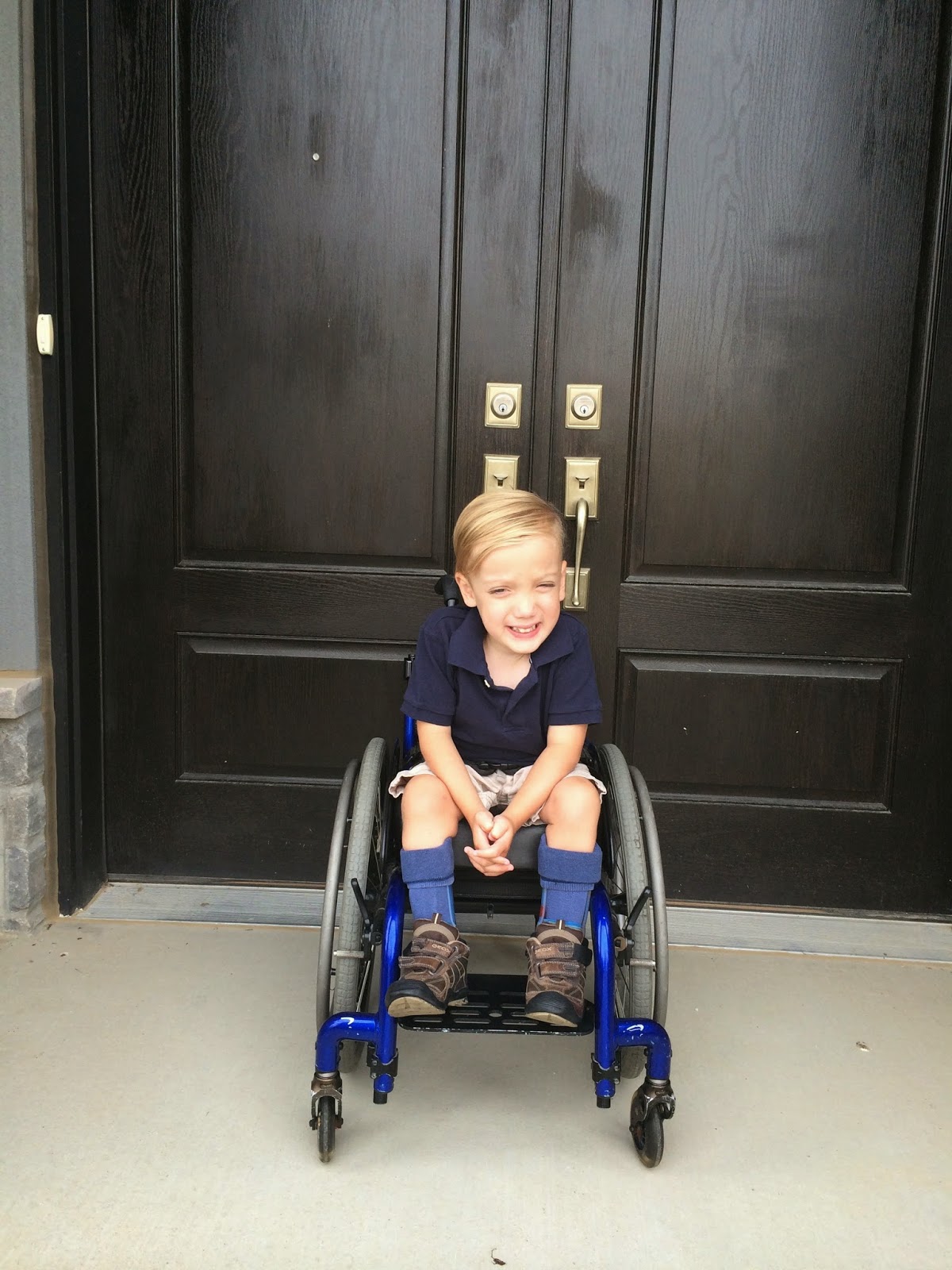 Amazingly, there have been very few blips. He LOVES school. He is so disappointed by weekends, asks every morning if he can go to school. He loves to be there, loves his friends, loves the playtime. He doesn't love the school work part, his pre-printing skills are feeble attempts at best. Whether this is a lack of interest or a long history of taking his time to develop skills, I'm not sure.

As with preschool, Kingsley is blending in like every other kid. I went in and spoke to the class about spina bifida and Kingsley's wheelchair in the first week. They were completely unfazed, mostly wanting to discuss their various scars or differences. I also sent a letter home for all of the parents explaining briefly that Kingsley has spina bifida, what it is, that he is paralyzed but otherwise just like their kids. It went over really well with the families I have since spoken to.

So, things are going well here. School is a piece of cake! Who would've thought? 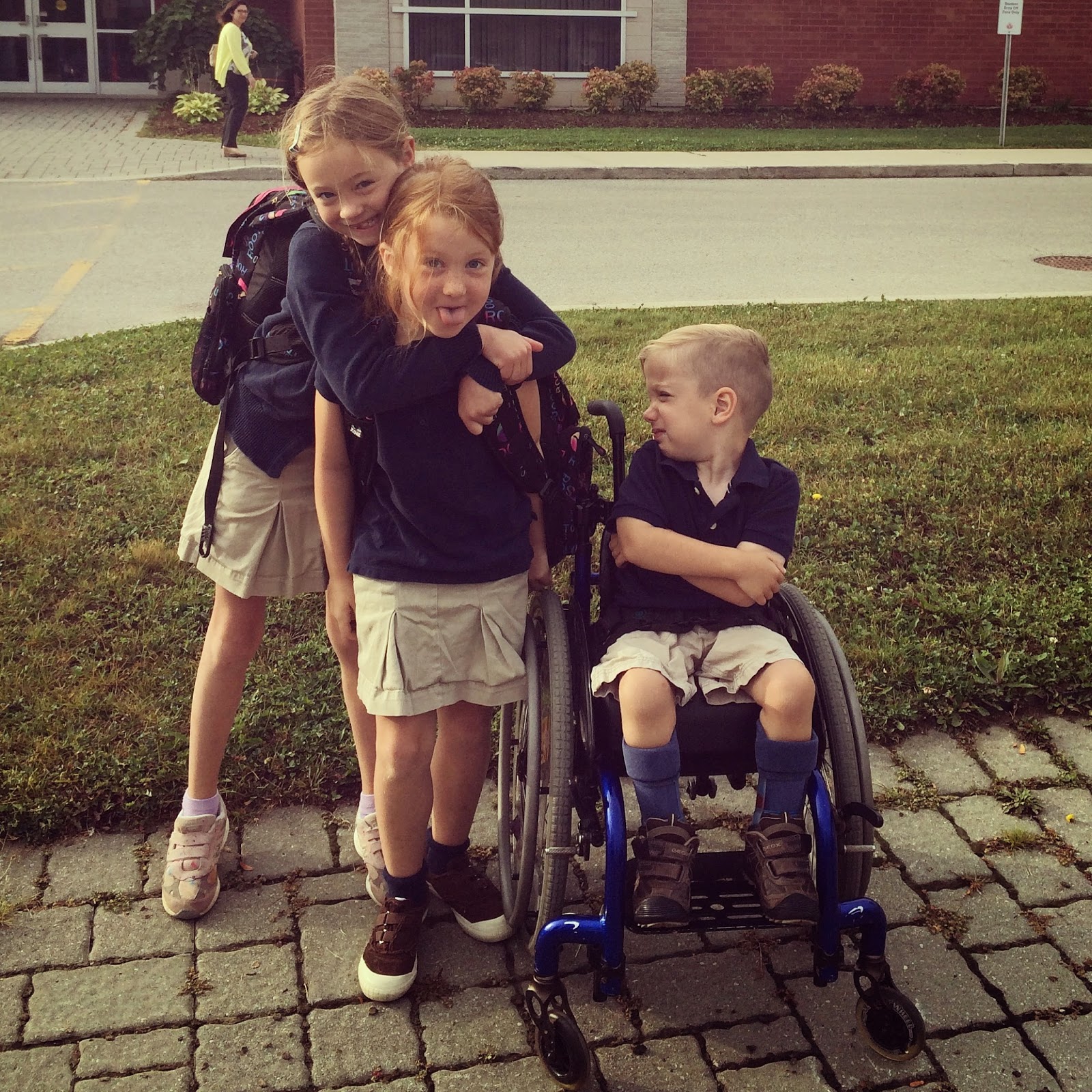 he's SO MAD that I stopped them for one more picture!
Posted by Jill at 2:03 PM