I was having some delicious girl time with some dear friends on the weekend and one of my girlfriends was lamenting that her one year old still used a bottle and it occurred to me that I've kind of dropped the ball on a few skills with Kinger - like the fact that he doesn't use a cup at all, just sippy cups.

I don't actually care that he uses a sippy, I don't think I'm traumatizing him or that he'll drink his first beer out of a sippy cup or anything ;) It's simple and it doesn't spill and I can toss it in my purse and go, you know? It is also gross to clean milk and/or medicine out of a water bottle, much easier from a cup with a lid!

But, I figured I should introduce him to this wonderful thing called a Cup with No Lid.

He was thrilled. Thinks he's Mr All That with his little plastic cups at the dinner table (because I have no time to change his clothes after breakfast and lunch when he spills it down his chest). 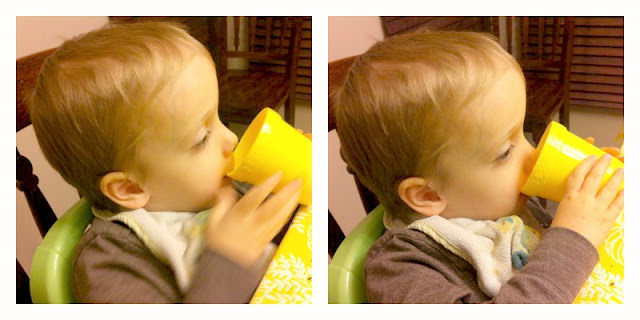 I've also had a few reminders of how strange life can be with a kid who doesn't feel his legs when King dumped his milk in his lap and didn't notice at all. He just kept looking in his empty cup and asking where the milk went. You just gotta laugh.
Posted by Jill at 9:58 PM 1 comment: Links to this post

The Back Bone's Connected to the...

We got in to see ortho! I was sent an email this morning about a last minute opening this afternoon. Craziness, but we made it happen.

I really like our ortho. She's new, but seems to really know what she's doing. SB isn't the most popular diagnosis these days, so I sometimes get the impression that some of King's specialists or people are kind of dusting off cobwebs to remember SB details when we talk. I don't get that with her, she asks the right stuff and looks at the right things.

Anyway, she was not concerned with his back. She said a degree or two a year is to be expected and he looks alright to her. She and I talked over tethered cord, what I'm seeing, why she's not concerned about that. Lots of relief. She sent him for x-rays afterward (which he did not like) to see how much he's changed/if he's changed. She also recommended that his wheelchair get adjusted since the kid is growing and this is likely impacting his stability, which is totally true. We also talked a bit about long term scoliosis, what it involves, what it would look like if there were actual problems, what those problems would mean. Nothing I need to worry my little head with now.

She also checked out his feet while he was there and asked about his ballerina foot and whether it was getting worse. She thinks that he will likely need a lengthening in the back of his ankle at some point, to keep his foot at 90 in shoes. Right now, his AFO's are doing the job.

So, phew! She's going to call us if there's something on the x-ray we need to know about, but otherwise, let's get on with the move!! :)
Posted by Jill at 9:36 PM 5 comments: Links to this post

Isn't it funny how you can have months and months of nothing go by and then all of a sudden you find yourself faced with multiple things all at once? No! It's not funny! It's horribly stressful and it's making me grouchy.

First, exciting stressor: we are moving. In two weeks. Or maybe three. Not entirely an exciting stressor since it's hard to move really quickly when you don't know when you're moving. We need to act fast because my knee surgery is coming closer and closer and we need to be settled before that happens. However, I like things like this and it could be just fine if that's all that was going on.

But. Of course it's not the only thing.

Kinglsey has mild scoliosis, which is kind of normal for people with SB. He was assessed last year and it was only about 13 degrees. I don't actually know what that means, but it was no big deal.

He's always leaned to the left, mostly just when he was tired. He has one side stronger than the other, but a slight curving of his wheelchair seat and giving him something to hold in his hands is usually enough to get him upright.

Nope, this isn't the case anymore. Lately, he's leaning a lot. His elbow is always on the wheel getting filthy, he slouches when he's eating, and the lopsidedness in his back ribs is obvious to me more than it's ever been.

This could be his scoliosis getting worse. This could be Cordelia's super late bedtime tantrums making him really tired. This could be his cord retethered, since it has come on pretty quickly. I don't know. But the calls are starting, the appointments will follow. It's starting to pour.
Posted by Jill at 1:36 PM 6 comments: Links to this post

Winter must be making people bored. I keep seeing blog posts with 48 Questions or Facts About Me or the like. Well, get excited, because here are some Things You May Not Know About Kingsley. 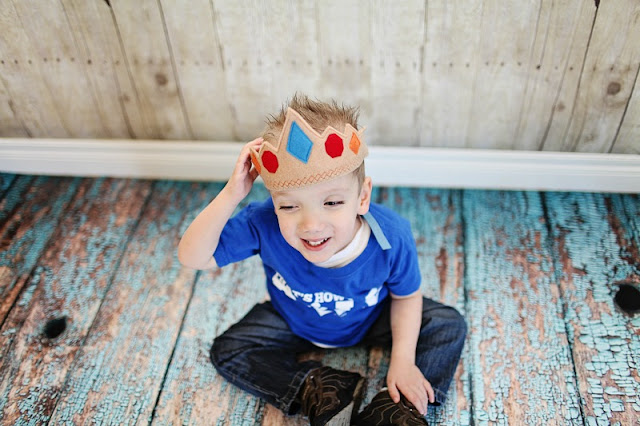 1. He's the youngest of five grandchildren on my side and the only grandson.

2. He has been in two commercials.

4. His favourite shows are Toopy and Binoo and Max and Ruby. If you put either of them on, he'll yell for everyone in the house to come and see that they're on. 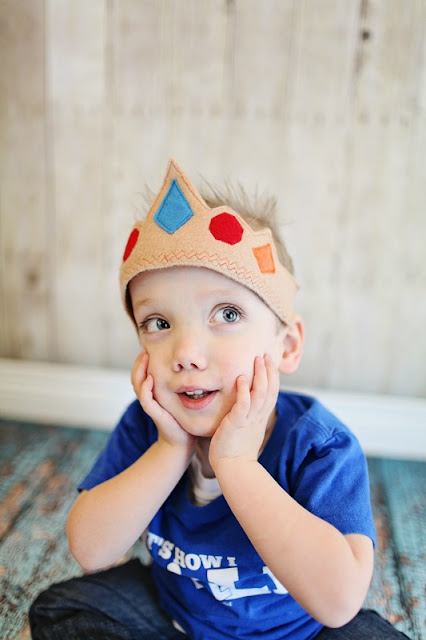 He was actually saying: "OH NO! Don't turn off Toopy and Binoo!" when this was taken

5. His favourite App is Another Monster at the End of this Book. He laughs so hard, over and over and over. It doesn't get old for him.

6. He does not like my singing and will tell me to stop and close my mouth. He doesn't really like anyone else's singing though, so I'm not offended.

7. He's had four surgeries. February 2nd was the two year anniversary of the last one. We know there's a good chance he'll have two of them again, we just don't know when. And then some others. 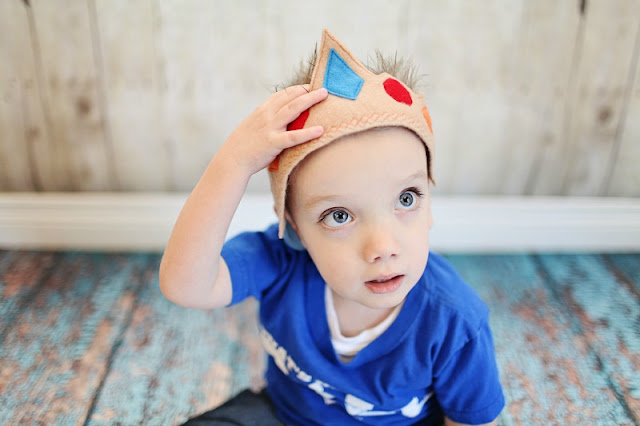 8. He loves to swim. He uses a puddle jumper and floats on his back and his tummy.

9. We compare his attitude lately to that Grumpy Cat with all the memes. His answer to everything is an automatic NO. Then, he'll think about what you said and sometimes say yes. You have to wait him out.

10. He is a MASTER of Blue Steel. He does it immediately after telling you NO. He also does it after making demands, as if to challenge you to say 'no' back to him. 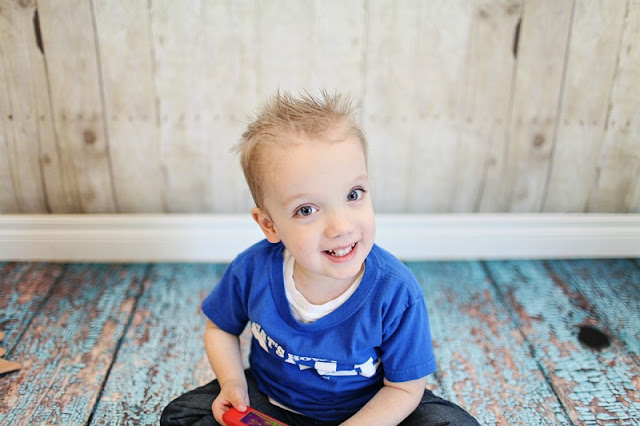 11. His hair grows incredibly fast. He needs a haircut about once a month, but it takes me about another month to face this fact and do something about it.

12. He loves to tell Knock-Knock jokes. They don't usually make any sense.

13. He still sleeps in a crib, but we have a new bed on order for him.

15. He takes after his dad and my brother in appearance.

16. He calls all men Daddy, which has made for some very awkward encounters with strangers. 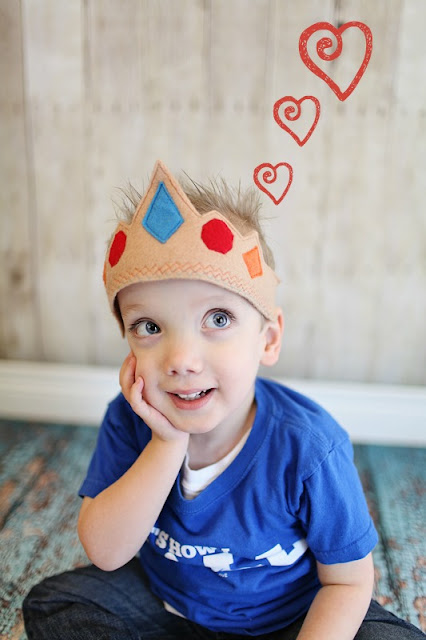 17. He is still a terrible eater. He eats the same thing every day for breakfast and lunch. Dinner is a constant battle.

18. Turns out he loves the snow. Who knew? I thought I would have one child on my side. The inside. Of the house. 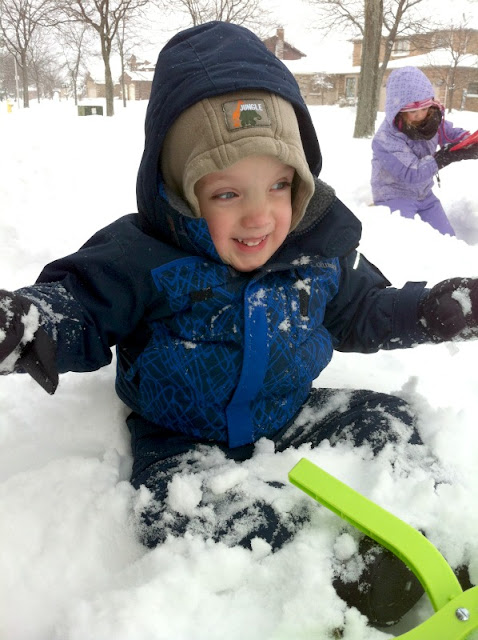