I was swimming with Kinger today and another mom asked how old he was, then commented on what a great vocabulary he has.

It completely blows my mind that Kingsley is doing so well with his speech. He speaks in sentences, has little conversations with me, tells jokes, listens to everything we say and has definitely caught up to his age. He did this in six months! Six months took him from 12 months to 30 months. Rockstar.

It's not entirely clear yet. He has some sound substitutions that I'm told are normal. The biggest one is subbing the sound T for all K sounds. He calls himself 'Tinsey', which I think is absolutely adorable. He will politely put his hand on his chest and say, "Me, Tinsey," if you introduce yourself, then point to me and say, "Mommy," as if these two things are all you would ever need to know.

The other thing that cracks me up is that he calls both Rachel and Cordelia, "Waychie," as if he couldn't be bothered to distinguish one sister from the other. I think it's his subtle way of snubbing Cordelia, who adores, smothers and harasses him every chance she gets. He knows she's Cordelia and will call her "Co-die" if asked outright who she is, but when talking TO her, she's Rachel.

One of my favourite thing he says right now is all the Super Why characters names. He *loves* Super Why. I've tried catching it on video because I just have to preserve how adorable he is yelling: "MOMMY! I'm Sue-pah Why-ee! To dah wescue! Wit' Won-dah Wed! And Pin-pess Pee! And Alpa-pid!"

So, there. Another time everyone gets to say 'I told you so!' about all the panicking I was doing over his lack of speech. It was slow, but it happened. The end. ;)

I realize I'm dreadfully overdue for a Halloween report, to the point where no one even cares about Halloween anymore! But, some big things happened on Halloween, so trudge through it.

Firstly, Kingsley rocked his boat. He has been asking at regular intervals to go to a Halloween party and anything remotely resembling a pirate his him growling: "I'm a piwate! AARGGH!!" He was a huge spectacle (like that's new) and everywhere we went on Halloween he was fawned over. I'm telling you, wheelchair costumes are unheard of here, to the point that a lot of people did double and triple takes before they realized that it was actually a wheelchair and not just some insane mom putting a huge box on their child and making them walk around with it.

Halloween morning, King had his follow up with his neurosurgeon. The MRI had shown nothing that would cause the eye issues. Great news! Especially since his eyes have gone back to normal...?? We're all a bit baffled. I have photographic evidence, this crazy eye thing was witnessed by a lot of people, it wasn't in my head. Now it's gone and there was nothing to cause it in his brain. His ventricles were a tad bigger, but she has decided that it's because he is bigger and thus, his brain is also. September (and October) were a bunch of mostly-unrelated, flukes that sum up Kinger. Good enough for me! 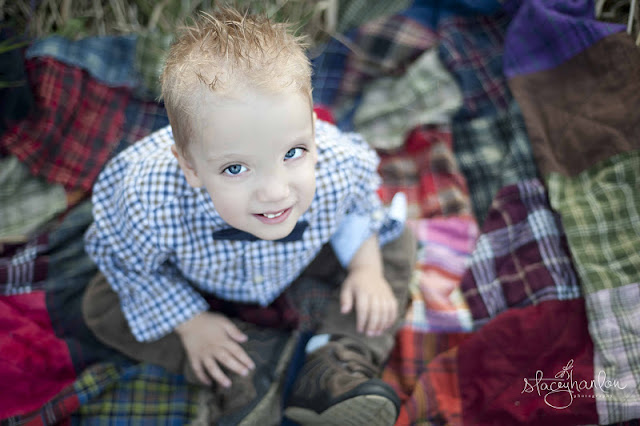 Except one little blip where she said that at some point he is going to need another decompression because there isn't a lot of space back there. She said we will wait until he needs it, to watch for the signs. Insert knife directly into my heart and twist. Ouch. I'm not thinking about this one. I will deal with it when I need to.

Anyway, next up was a party at his playgroup, home for a nap, and then we got the girls and were ready for Trick or Treating! It was a dark and stormy night, unfortunately. Ever since Rachel was old enough to go out, we have been going Mall'oweening. This has worked out perfectly since curbs, driveways, walkways, and porches are terrible obstacles when you're a wee one on wheels and our malls are accessibility dreams come true. My charming little pirate cleaned up at the mall, to the point where I felt badly for the other kids ;) He got double candy at pretty much every store, despite my protests that a two year old really didn't need *that* much candy. We did attempt a few houses when we got home, which Kingsley was all for, but I was cold and wet and was pretty Halloween'ed out. All in all, a successful day. 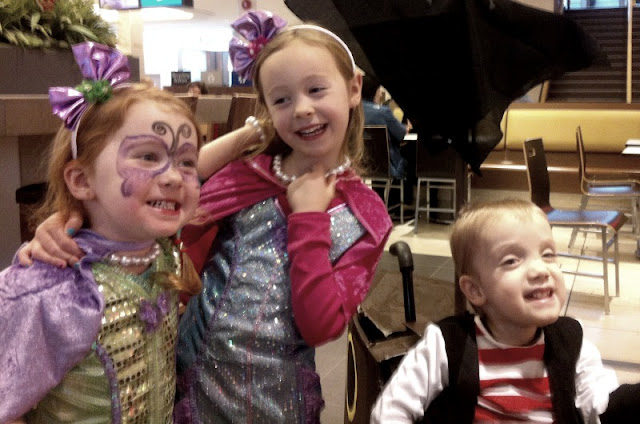 Lastly, for those of you who have an interest in wheelchair costumes, Cassie from Beyond Measure has started up a blog to share costume ideas. If you've made a wheelchair costume before and want to share it or if you want to attempt to make one or just like stalking random things, check it out!
Posted by Jill at 11:47 PM 5 comments: Links to this post