When's the last time I mentioned what a rockstar Kingsley is? How about TODAY!!!

My niece is in town and she was over to play today.  While we were waiting for her other Grandma to come pick her up, I let Rachel put on her KidzBop video (FYI: don't ever watch this unless you want your ears to bleed).  Kamille saw our remote and said: "I used to have that remote, but my mommy had to give it back." HAHAHA!! Kristin has gone back to school and decided getting rid of cable might help her out. Anyway, I took a picture of how glued the kids were to the TV bc it made me LOL, especially Kamille. 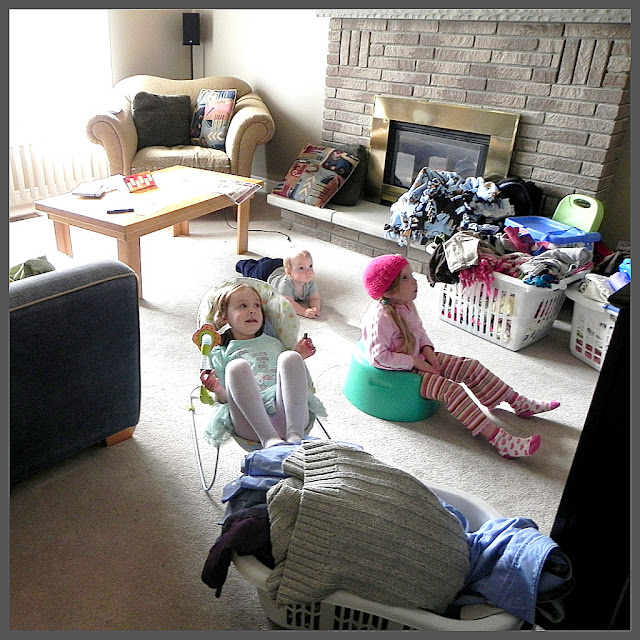 Then I realized I had put Kingsley down facing the TV (I usually have him turned another way to save his precious brain cells) and thought his face was priceless as well, so I took a picture of that. Then I turned him into a vampire so you can't tell how stained my carpets are. 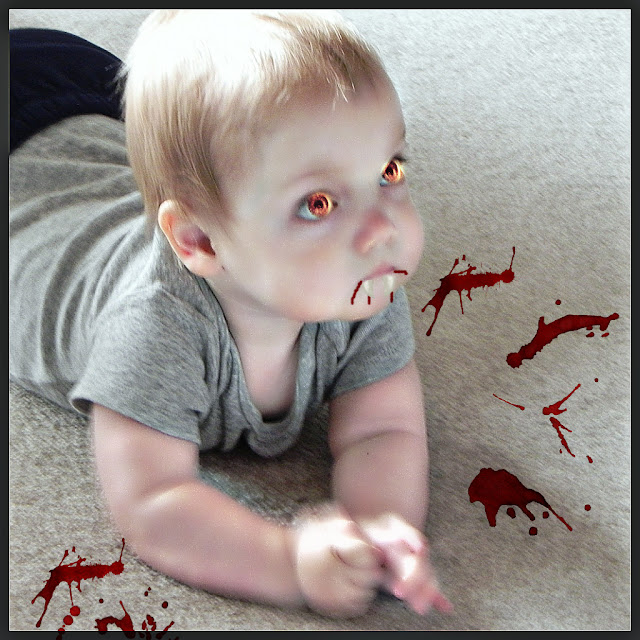 Why am I telling you this story? Why these pictures?  Well, because shortly after they were taken, Kamille was picked up, Cordelia got naked, I was trying to figure out dinner... typical chaos. And when I looked back at Kingsley to see why he wasn't complaining about being left there alone, I saw this:

Scroll back up. HOW DID HE GET TO THE LAUNDRY BASKET?!?  I couldn't believe it. I know I wouldn't have put him down beside the basket because he likes to roll and that would've meant him banging his head and all that unpleasantness. The only explanation: his sisters dragged him or he moved himself.

So, I set him up again and then lay down perpendicular to him, posed with my camera. Well, that didn't last long. Rachel started jumping on my back, Cordelia was still naked, dinner was cooking. I tried to keep coming back to the same spot, but I wasn't exact. I did make sure no one touched him. Here is what happened:

You can sort of see it - he moved!  Jeff came home and I set it up again with a shoe at his feet. After 10 minutes, the shoe was about 10cm behind him. I took a long boring video. I can't really tell how he does it. Sort of a combination of pulling his leg up and using the splint as leverage, then wiggles side to side, reaching out his arms. 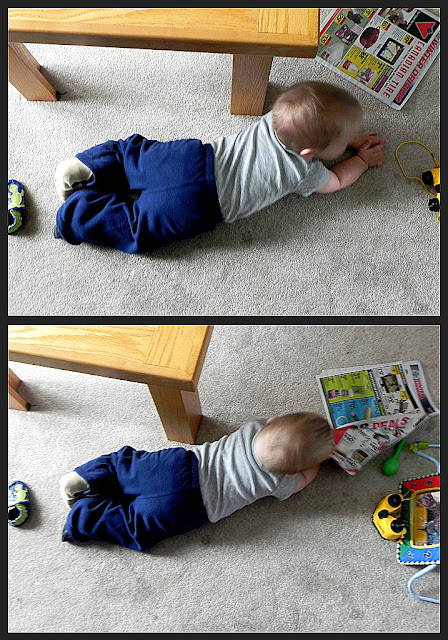 For once, the stains on my carpet are in my favour. I had to  move the table because he was wiggling in to the leg, but if you see the stain by the waistline of his pants in the top and bottom, it moves!!  And, obviously, he was able to twist to the side to get the flyer. 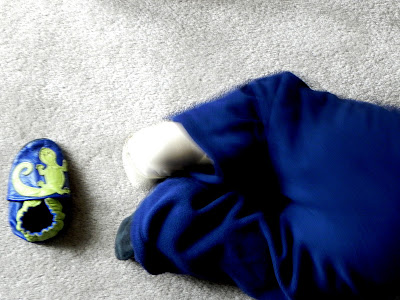 I am just in awe. I can't believe he's moving himself. He just amazes me. I'm so proud, I could explode. Nothing is holding this kid back.
Posted by Jill at 9:55 PM