Three big things. One is that I had an MRI today. I'd never seen MRI images or anything before, so I had no idea what to expect, but once again my amazing OB outdid herself. She brought Jeff and I right down to the Doc that was reviewing the images and had him show us and explain everything they see.

It was actually a little bit breath taking. I got to see all of him inside all of me. So incredibly cool. It was almost like peeling my skin off and having a look inside, only less gory. You can see all of his organs and all of my (squished) organs. The placenta is right there. His feet were practically in my bladder. He is gorgeous.

Anyway, he showed us his spine and you could see plain as day how it was all normal up to a spot. He then did a cross section to show us vertebrae by vertebrae and we saw L3, L4, totally normal. Then L5 had some splitting or something going on, but not fully defect-ed. S1 and S2 clearly have the defect and are open. The sort of cool thing was that in cross-sectioning him, my spine is also in the picture and you can compare the two. Seriously, so cool. The Dr's said they don't think L5 is effected, but they can't be 100% sure until he's born. That would be amazing if it wasn't, so cross you fingers and eyes and anything else that he functions lower.

His ventricles (in his brain) are getting a little bit big (with fluid), but there isn't pressure, so they aren't calling it hydrocephalus. They expect them to get bigger, and anticipate a shunt, but not that there will be any problems with it.

The second big thing is the whole induction/c'section debate. All of the OB's at the hospital that my OB presented my case to agreed that an induction would be fine and cause our son no further complications or damage. So, full steam ahead. Then Jeff veto'ed it and my OB said we both have to agree, so it was back to a c/s. Then Jeff changed his mind and said it was up to me. Then (you may have caught), we discovered that our boy is breech again. Back and forth, back and forth. I'm leaning toward a c/s at this point, even if he flips. It's predictable, for the most part. I can plan for it. Even though it still makes me nauseated to think about.

One last exciting thing was finding out about a new spinal nerve re-routing surgery out of China being trialed in the States right now that our son could potentially get when he's 6yo+ that will allow him to have bowel/bladder control. Hopefully, they'll work it out in the next 6 years and it'll be routine by then.

And that's about it. I'm finding it better if I stop reading stuff about SB now. I know what I know, and I'd prefer that our son just teach me what else I need to know. Reading about other kids just leads me to panic about the 'what if's' and best/worst case scenarios. I'm half eager for him to just get here and get on with it, half prefering to make these last weeks drag on forever and not have to deal with it. I'm not sure I'm ready.
Posted by Jill at 11:03 PM No comments: Links to this post

Having a rough week for some reason. The last neuro and OB appointments are lingering. They didn't even tell me anything new or different, but it's still blah. On Friday I was the discussion at OB rounds or whatever at the hospital - whether they should be rethinking the automatic c/s thing. My OB called today to tell me about it, but I have to call her back tomorrow.  I'm absolutely terrified of a c/s. Why do people choose it??


Anyway, I'm getting huge. I can sometimes feel where he is and identify different body parts. Freaks me out a little. I can feel his back/bum and I just think: this is where it is. Beyond surreal. So strange. I think getting bigger and starting to do things to get ready for him are making it real again on a daily basis. I'm trying to think about it in a good way. Mostly I'm terrified. I'm setting up a meeting with a social worker. It feels like the last step in admitting things, for some reason. She's at TVCC and it will mean I'm officially a client there, not an employee or volunteer.

I found out about a new surgery that they've been doing regularly in China and starting more over in North America. It sort of reroutes the nerves in the spine that are needed for bowel/bladder control. He wouldn't be able to get it until he's six, but it would mean more than just social continence. He could actually have control. That would take him so much further toward 'normal', especially from a peers-perspective. I just hope he'll be eligible and that it would work. So far away though, who knows what could happen before then!
Posted by Jill at 11:34 PM No comments: Links to this post

My mom surprised me with a painting today. I absolutely love it. So timely. My mom is awesome.

http://www.paintinghere.com/painting/Maternal_Instinct_7254.html
Posted by Jill at 11:30 PM No comments: Links to this post

I had a neurosurgeon and an OB appointment this week with another ultrasound. The baby looks fine still. He still has some of the lemon head thing happening, but it should go away. No problems with his feet. We got a good look at them moving around and I could sure feel it. He's flipped head down, so his feet are right under my ribs. Unfortunately, so was his bum, so still wasn't a fabulous look at his back. The little stinker wants to keep secrets.


They looked to see if hydrocephalus was developing yet. His ventricles are measuring 9mm. Normal goes up to 1cm, so he's at the high end, but still normal range. It's just a matter of time though. It sounded like my OB was anticipating seeing it develop soon.

As for the lesion, once again they were saying sacral. For some reason, the u/s techs keep saying it's lower, but the OB and radiologist who did his diagnosis think it's about L5 (just above sacral). It's the teeniest of differences that could mean a lot for him regarding walking though. Hopefully the MRI at the end of the month will clarify once and for all. There is a little sac on his back, but the word is still that his lesion is small.

I'm 28 weeks and I feel huge. I'm so uncomfortable.  I do not like being pregnant!!
Posted by Jill at 11:27 PM No comments: Links to this post

We had a neurosurgeon appointment today. We didn't learn anything new about the baby. She explained shunts and what would happen with the baby after he's born and while he's in the hospital, more information about his surgery and what she would be doing. We discussed the pros/cons of an induction vs a c-section. That's about it.


One thing that they are making very clear, both at LHSC and where I work at HHSC is that there is a very strict H1N1 policy for the duration of flu season, which will most likely still be in effect when we are in the hospital. No children under 16 are allowed to visit. Cordelia and Rachel will have to wait until he's home to meet their little brother and they won't be able to visit me while I'm recovering. There is also a very strict 1 visitor per patient rule. For me, that means people can only see me one at a time, not together or with other people. If someone (for example, Jeff) is with me, anyone else will have to wait in the waiting room for him to leave. Same rules apply to the baby. Unfortunately, parents count as visitors, so there is a chance that no one will see him, depending on how willing I am to be separated from him. Truthfully, I am not predicting that I'll be dragged away from him very often especially once he's allowed to be picked up/nursed.
We asked how strict they are going to be about the rules, especially in antenatal and where he is, since the visitor policy always seemed loose after the girls were born. They were adamant that those were the highest susceptible areas with all the vulnerable newborns and would be inforced the tightest. This flu thing sucks.
Posted by Jill at 11:23 PM No comments: Links to this post 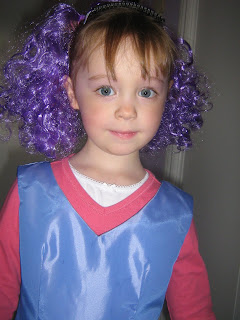 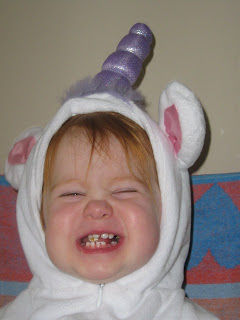 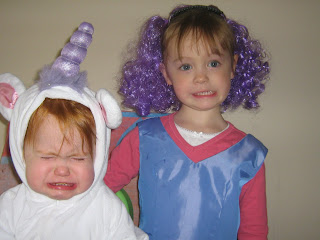 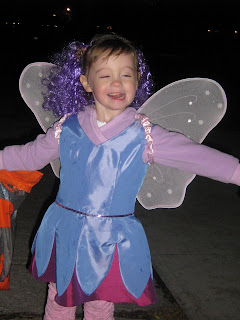 Posted by Jill at 11:19 PM No comments: Links to this post